– photos and text by Kaia Calhoun –

It seems against the rules to come all the way to San Francisco and not see the Golden Gate Bridge.

We were scheduled to leave for Los Angeles the next day and I hadn’t seen a spec of downtown San Francisco.  So, mom go to work on getting us our rental car sooner so we could drive into the city for the afternoon.

We spent the morning at my second cousin, Jensen’s, meet meet and making phone calls.  The festive throng of blue people cheered Jensen along with the rest of the team.  There were blue tents, blue chairs, blue blankets, blue lips, and blue Speedos. 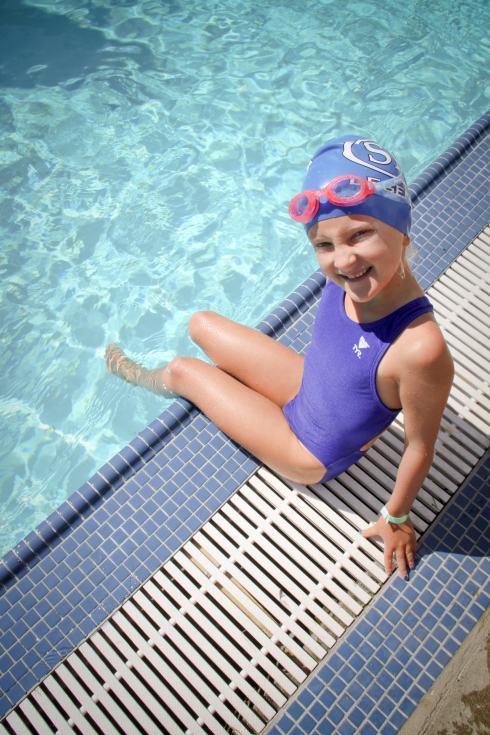 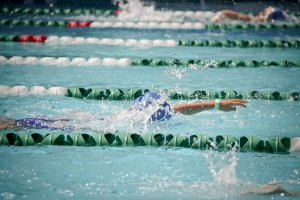 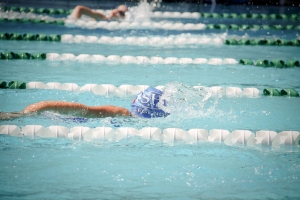 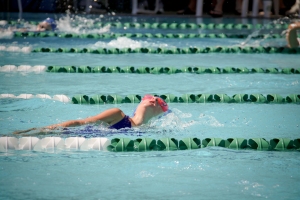 Our San Francisco adventure started just after that.  We were picked up by the car company and given a Chrysler Seabring.  We set our sails in the direction or San Francisco with the help of our Garmin.  Then she died.  Permanently.  She left us just as we got within the city limits.  We stumbled about the city center as I, the navigator, intuitively led us in the direction of the bridge, and through the now dreaded street called Embarcadero Dr swamped with tourists, concerts, and an art fair, as I  fumbled around for some other means of solid navigation.  I located and, after a few fails, got the VZ Navigator to work on mom’s phone.  But, by then, we reached the end of the two mile, one hour long Embarcadero Dr and my intuitiveness found us a parking spot right along a pier that would give us a view of the bridge.

We got out of the car and I put enough change in the parking meter to last us the precious 45 minutes we had in the city.  I saw the bridge, well the half that was not smothered in fog, and the Alcatraz building. 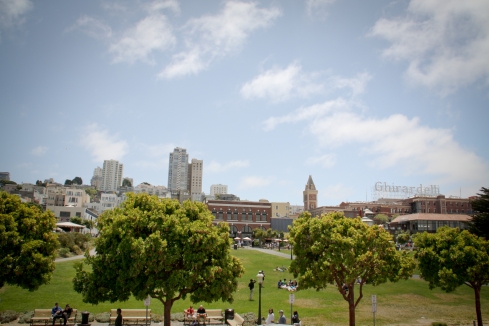 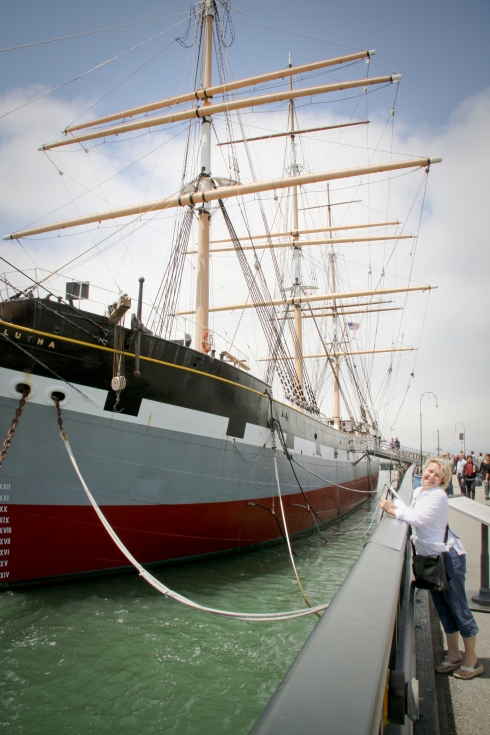 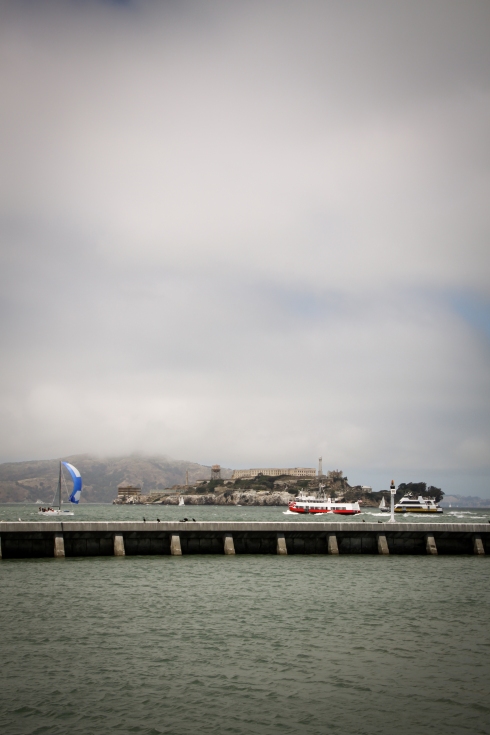 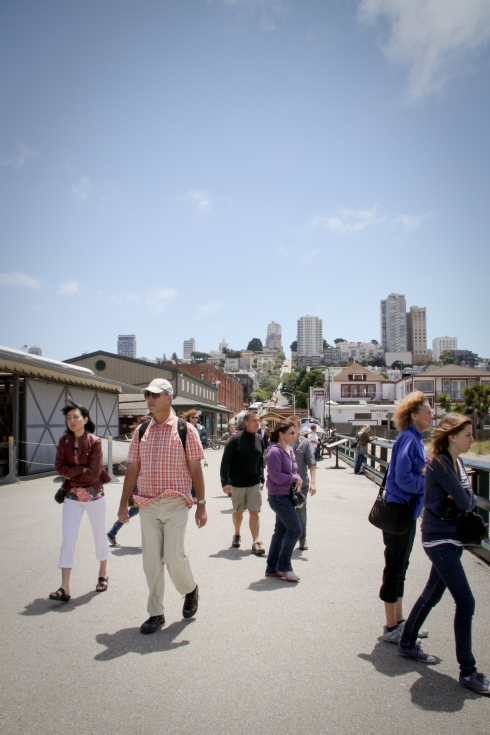 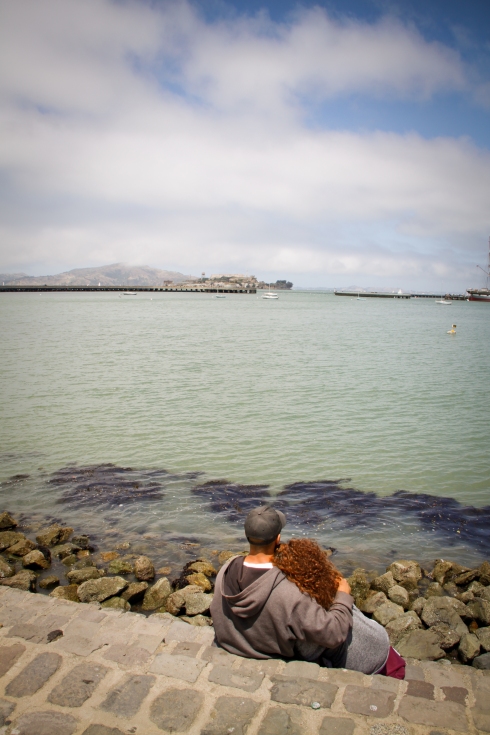 A romantic moment:  staring out across the bay at Alcatraz 😉 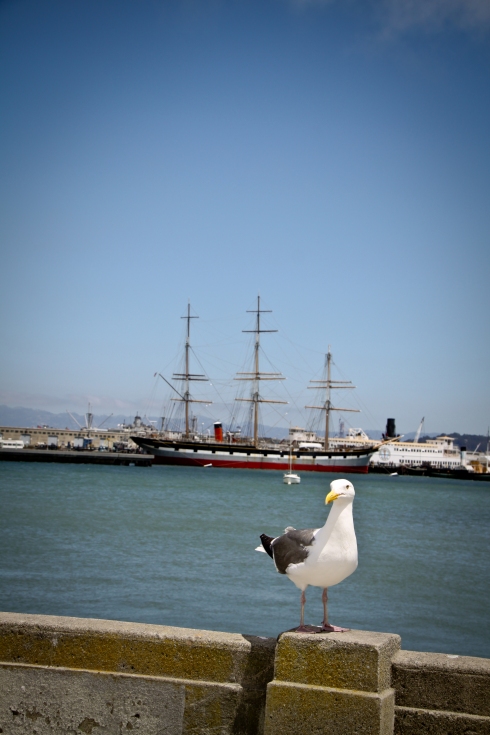 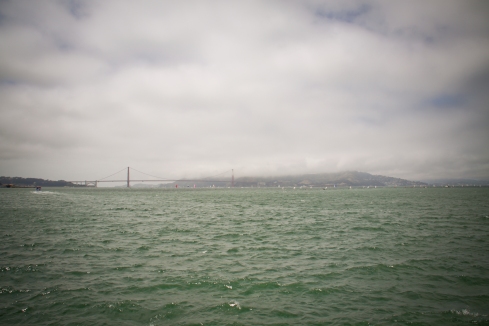 The Golden Gate Bridge… it’s there, I promise 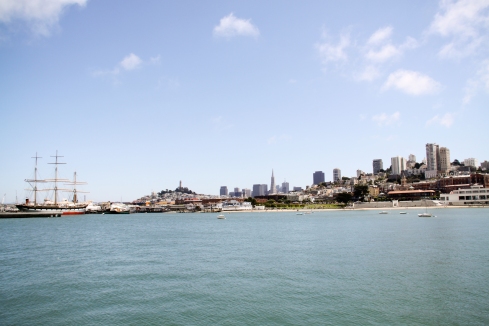 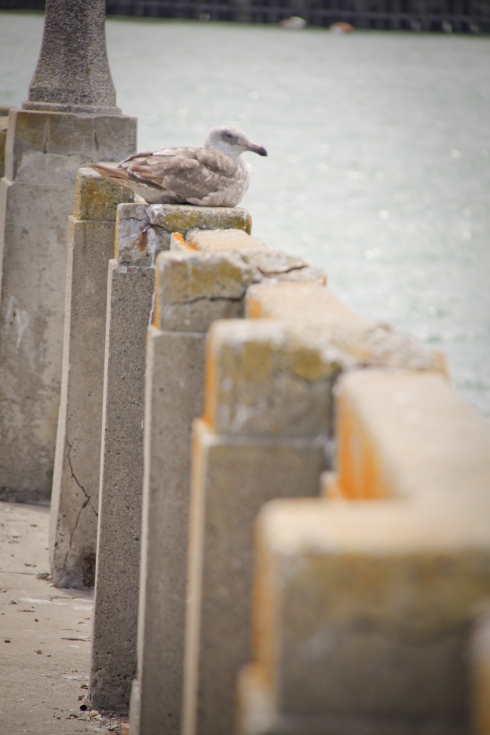 Back on the road, this time we were headed to my photo shoot with a father and son a couple towns over from where we were staying.  The VZ Navigator was slow to respond, so before we knew it we were being led back onto Embarcadero Dr rather than the alternative, more efficient route that we passed inadvertently due to her delayed behavior.  I miraculously got the Garmin to turn on long enough for me to scribble the directions to the place on my hand.  No Embarcadero! 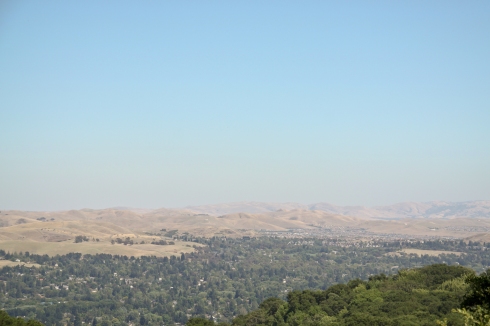 The view at the retreat center

When we arrived at the location of the photo shoot I found my self at the top of a big hill taking in a breathtaking view.  It was some sort of Catholic retreat center and it was simply gorgeous.  When Christian, father, and Luke, son, arrived we set out to make some great pictures.  Now, these two were absolutely wonderful to work with because Christian was a former model and Luke seemed as though he was currently a model.  At times Christian and I would both laugh out loud at how perfectly Luke held himself for each picture.  His hands, feet, face, etc, were always placed perfectly as soon as he got into position.

After just over an hour of fun with Christian and Luke my mom and I packed up and headed home.  Fortunately, again, I could turn Garmin on long enough to get the directions written down.  However, we took a different turn than we were supposed to, not wrong, but different.  See, apparently, if we take Camino Sobrante when we see it rather than taking Miner and then Camino Sobrante we are led all the way around town.  Camino Sobrante is one giant loop and we took the wrong way.

Finally, when we made it home, we were hungry and spent.  So, we chowed down then snuggled in for the night.

One thought on “California – “No Embarcadero!”” 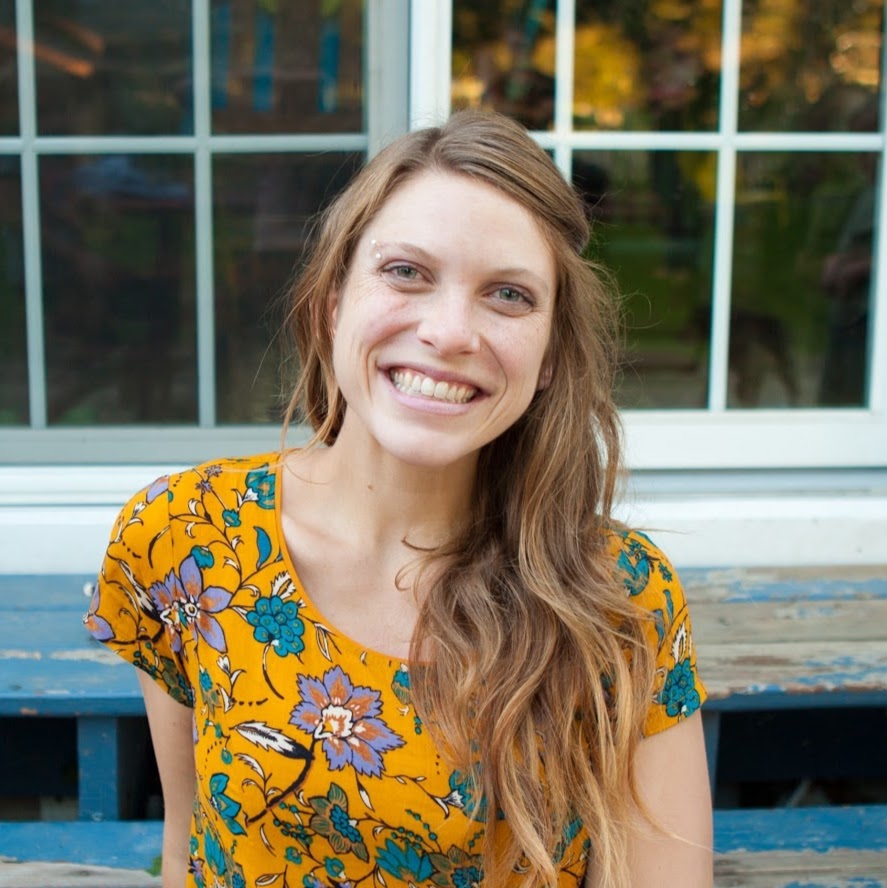 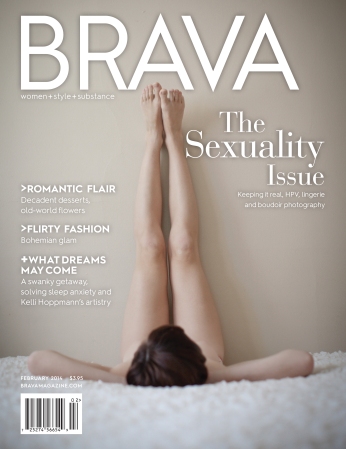 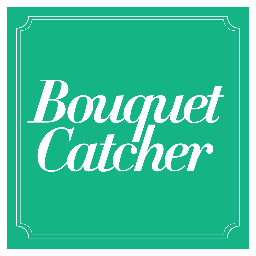